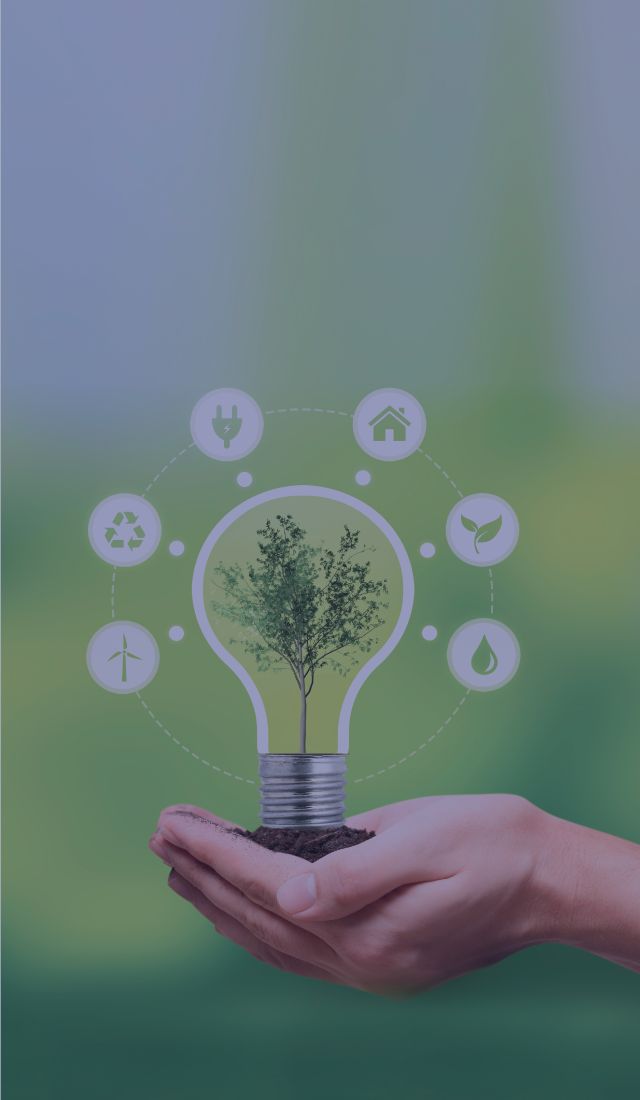 General Information
About the program

The Foundation for Armenian Science and Technology (FAST), in collaboration with the first Armenian solar panels manufacturing company - SolarOn, is implementing a new grant program on developing Armenia’s Energy Independence Roadmap. The program aims to develop a comprehensive roadmap for a transformational path from Armenia’s current energy infrastructure towards energy independence through carbon neutrality in the energy and transportation fields. The roadmap will be used for making policy recommendations to the government and investment attraction activities. Aiming to propose precise scenarios with the cost estimation and investment opportunities, the roadmap will deeply analyze the opportunities and obstacles related to significantly reducing the energy dependence and scaling the share of various renewable energy sources, including solar, wind, hydro, and biomass. Upon completion, the roadmap will be presented to the stakeholders and interested groups for in-depth discussion and coordination of the next steps.

The duration of the program is 6 months. The total amount of the grant is 35,000 USD.

Many countries, such as Armenia, face the necessity to import fuels to cover the gaps of their own energy industry. Having no proven gas or oil resources makes these countries highly dependent on external energy sources. This raises the need to generate solutions for reducing reliance on energy imports. The dependence on external energy sources is partly mitigated in Armenia through the generation of nuclear power, but this source of energy cannot be considered as completely independent of external factors, as nuclear fuel has to be imported. Besides, although nuclear power plants do not generate greenhouse gas into the atmosphere, this energy source possesses different risks, including the ones related to safety, especially given the region's seismicity.

Therefore, in the context of addressing all of the factors mentioned above, it becomes essential for the country to efficiently realize its abundant potential for significantly scaling and diversifying its renewable energy industry. Armenia has a great potential for scaling renewables, and there is a sound basis for the corresponding industry investment. The process of integrating renewable energy sources in conventional power systems has slowly been developing in Armenia. Building on that, the roadmap developed under this grant program aims to draw the path to accelerate and advance this process.

The expert group will conduct a comprehensive analysis on the current state of demand and supply and perspectives for scaling the generation and utilization of all the main types of renewable energy. This will pave a clear path from the current state of Armenia to energy independence, including the necessary changes for making Armenia an energy-efficient country.

The roadmap will integrate multiple recent reports and papers to extend the analysis further on what has already been done by local and international organizations and experts. It will have a cost-benefit analysis and an impact assessment. The roadmap will also include studies on the international experience of transforming from fuel-dominated energy consumption towards the significant expansion of energy production from renewables. Moreover, it will particularly investigate the feasibility of applying the existing technology solutions to Armenia's case and identify the possible necessity of their further improvement for strengthening the efficiency of their usage in the country. Finally, the roadmap will contain a technical description of the target model of the country's energy system, the roles of its participants, and the rules of interaction between them.

The selection process was conducted by an independent international committee and resulted in the formation of a blended expert group of 4 local and 2 international professionals specializing in diverse aspects of the energy field.

The group starts the research from February 1, 2022, and will present the results by the end of the year.

Dr. Aram Harutyunyan holds a PhD in Engineering from the State Engineering University of Armenia and a Master of Science in Electrical Engineering from the same universityState Engineering University of Armenia. SinceFrom 2002, to the present time he has been working at the “Scientific Research Institute of Energy” CJSC, and currently holds the position of Deputy Director for Science.Dr. Harutyunyan has experience in the Power Sector such as calculation regimes, modeling and software development for the Energy Saving Program in transmission (110-220 kV) and distribution (35- 0.4 kV) networks in Armenia. Mr. Harutyunyan also participatedHe took part in the development of mathematical models and software for operational calculations to determine the quality indicators of the voltage of electrical energy supplied to consumers of distribution networks, as well as got involved. Took part in the development of energy-efficient measures to reduce electricity losses and ensure the quality of electricity supplied to consumers. He took part in the development of a long-term plan for the development of transmission and distribution networks, etc.Harutyunyan holds the title of Honored Power Engineer of the CIS (Commonwealth of Independent States), has received three awards from the Ministry of Energy Infrastructures and Natural Resources of the Republic of Armenia. He has aAuthored and co-authored of over 19 scientific articles.

Mr. Armen Danielian is an energy analyst with a focus on the regulatory and economic aspects of energy systems. He holds a Bachelor’s degree in Business Administration from Business School Lausanne and a Master’s in Energy Systems from the University of Oxford. Following his education, he worked with the United Nations Industrial Development Organization, conducting analysis on national electric mobility landscapes and climate change adaptation.He is a member of National Future Energy Leaders (NFEL) Armenia and a current recipient of Armenia’s Energy Independence Roadmap grant. His research interests include energy supply under extreme conditions, energy law, economics, and Armenia’s energy systems. He also enjoys investigating other topics, such as the origins of Christianity, philosophy of science, and evolutionary biology.

Mr. Garnik Balyan is a Deputy General Director, Chief Engineer in Electro Power Systems Operator since 2008. He is starting has begun his great experience in power system of Armenia since 1985.Mr. Balyan’s academic experience includes a Power Engineer degree from National Polytechnic University of Armenia (former Yerevan Polytechnic Institute). Mr. Balyan is a participant of Armenian and foreign organization conference. He has taken part in capacity building events organized by Armenian and foreign organizations.

Born in Paris in 1974, Mr. Danielian comes from the first generation of the Armenian diaspora in France. He graduated from the University Pierre & Marie CURIE in Paris (now Sorbonne Université) in 1999 with majors in Physics, Optics and modelling. In the mid- 2000s, Mr. Danielian was granted a Marie Curie Fellowship from the European Union and successfully carried on the first measurement campaign of industrial Lidar for wind energy in order to validate this new technology. Afterwards, he worked in quantum optics on Bose-Einstein Condensate in Innsbruck University. Currently he is in industrial research in Austria. Mr. Danielian is married with two kids.

Mr. Shatvoryan graduated from the Energy Faculty of the Yerevan Polytechnic Institute with a Master’s degree in Electrical Networks and Systems in 1981. Since 1996, his professional and research interests have been focused on renewable energy, energy efficiency and climate change issues. He gained valuable experience in research with the California Energy Commission and technological companies; collaborated with numerous European programs on a variety of projects on practical renewable energies and energy efficiency.Mr. Shatvoryan is a senior staff scientist at the Laboratory of Renewable Energy Sources and Energy Saving of the Scientific Research Institute of Energy of Armenia. Mr. Shatvoryan is also the Executive Secretary of the Public Council for Renewable Energy. He organized numerous cross-sectoral events and a series of international conferences on renewable and clean energy. As editor-in-chief, Mr. Shatvoryan has prepared and published proceedings with more than 250 scientific and practical papers from over 20 countries. He is a member of the International Editorial Board of the ISJAEE – International Scientific Journal on Alternative Energy and Environment (Russian Federation) since 2005.

Dr. Tigran Gnuni is a leading researcher of “Scientific Research Institute of Energy” CJSC, an Honored power engineer of the CIS, medal holder of the RA Ministry of Energy and Natural Resources. Tigran Gnuni holds a degree in electrical engineering (Yerevan Polytechnic Institute), a PhD of Technical Sciences (Union Electricity Research Institute, Moscow) and an Associate professor (Yerevan State Engineering University).He has taken part in numerous international trainings such as Privatization of the Power Sector, Legislative Issues (University of Oklahoma, USA), Business Planning (UK Know How Fund, Yerevan), EU-TACIS Work Attachment programs (DECON, Germany), International Measurement and Verification Professional Certification (The Association of Energy Engineers, Yerevan), Certified Energy Manager (The Association of Energy Engineers, USA).Dr. Gnuni has 30 years of experience in research in the power sector. He has successfully overseen was the leader of over 20 scientific projects, was responsible for the development and promotion of energy policy, for the development of comprehensive training programs, was the leader of supervised post-graduate students specializing in the technical and economic aspects of energy. Tigran Gnuni is the author of over 45 publications and 2 copyright certificates.